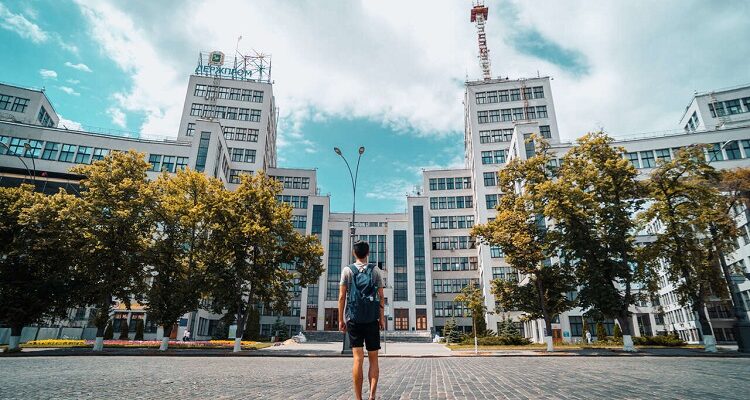 A developing and young country, Ukraine is the largest in the whole of Europe and the 46th largest in the world. Ukraine boasts some of the most marvelously built Orthodox churches, amusement parks, beautiful architecture, magnificent Black Sea coastline and forest covered mountains. From interesting history to amazing architecture, from delicious cuisines to Kiev sauna massage, there are plenty of reasons to visit Ukraine.

Once you make up your mind to go to Ukraine, here are the top unusual things you should do there for an enticing vacation:

This is located one hundred meters off the coast at Cape Tarkhankut, which is the westernmost part of Crimea. This museum is a unique one that comprises of sculptures, which are known as the ‘Alley of Leaders’. There are approximately 50 busts and sculptures of former Soviet leaders as well as replicas of some of the most iconic tourist attractions in the world. Since then, the museum has been growing and new exhibits are added regularly. The museum is also a popular scuba diving site and you shouldn’t miss it if you are looking for fun things to do in Ukraine.

One of the best things that you can do in Ukraine is party in Odessa. The audience hall is downright gorgeous as it towers as a symbol of luxury and opulence and is inspired by French Rococo architecture. There are numerous parties hosted by the various bars and clubs and thousands of people attend them. If you love partying, you should find Odessa accommodation close by as it will give you a great opportunity to have fun.

The largest floating fountain in Europe, which is one of its kind, is called the Multimedia Fountain Park and it can only be found in Ukraine. It is visually appealing because it combines fountains, light and music built in Southern Bug River. It is one of the most popular spots in Vinnytsia City and will provide you a wonderful evening, as promised. Lots of visitors get their tickets reserved on the terrace so they can get some of the best views of the multimedia shows.

If you enjoy exploring the past and learning about history, then visiting Lviv’s Arsenal should be on top of your list. There are three historical buildings that you will find in this city; Royal Arsenal, Lviv Arsenal and Sieniawaski Arsenal. You can find out about the historic clashes of power that took place and take in the show of might and grandeur. It is the perfect place for you to dig into the past of this beautiful city.

This is a breathtaking castle that’s located in the western part of Ukraine in the historic city of Kamianets-Podilskyi. This city was only a defensive construction in the 12th century, but now things have changed. Today, it is an open air museum. In fact, it takes third place amongst the important architectural structures after Kiev and Lviv. Apart from that, the place is also surrounded by the perfect scenery, which comprises of precious green landscapes. It is regarded as one of the 7 wonders of Ukraine and any visit to Ukraine would be incomplete without visiting this magnificent castle.

After three decades of dealing with terrible reactor meltdown, the city of Pripyat that was abandoned is finally gaining popularity. The Chernobyl Nuclear Station exploded in 1986, which led to a fire and caused huge damages. If you want to explore this abandoned city, you first need to get permission from the government. You can obtain passes for touring this city from one of the tour companies in Kiev. The remnants of the massacre are quite surprising and wild creatures now inhabit the city, which gives a slight touch of danger.

If you are curious about the Chernobyl incident, you should definitely schedule a trip to the national Chernobyl museum. It exhibits the catastrophic nuclear incident that happened. There are a total of three exhibition halls that convey information about what happened and how interactions between humans, science and technology can take place. You will certainly learn something when you visit this museum and can easily find Kiev accommodation nearby so you can visit it as much as you like.

Underneath the wheat fields farmlands of Western Ukraine, you will find Priest’s Grotto. It lies over an underground lake, caves and enormous explorable passageways. You will also find the Gypsum Giant cave where 38 Jews lived to survive during one history’s darkest eras. It is one of the top natural spots that you should visit when you travel to Ukraine.

Located in Odessa Ukraine, this renowned black helmeted statue is a monument to Lenin. He was supposed to enhance Ukraine’s socio-economic structure. The government of Ukraine ordered the removal of all communist monuments in 2015, but a unique treatment was given to this monument. A new titanium façade was proposed by the famous artist Alexander Milov. The monument’s helmet conceals a Wi-Fi access point.

One of the largest museums in Ukraine, it memorializes the story of the German-Soviet war. It commemorates the patriotic aspect of World War II and has a total of 300,000 exhibits. The Museum of the Great Patriotic War is located on a hill and is about 25 acres. It is a must-visit destination for tourists as it showcases breathtaking views of Dnieper River. While there are tons of museums in the world that are devoted to military action, this one is truly spellbinding because of its aesthetically proclaimed and rare collections.

These are some of the top unusual things you can do if you want your vacation to Ukraine to be an exciting and fun-filled adventure. 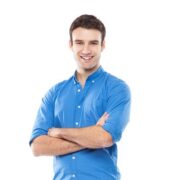 Is it Worth Spending on Rental Car Upgrade?

6 Things to Pack When You Go on a Long Hike